I had a good childhood but I started working in a casino after I graduated from high school. Sadly the lifestyle at the casino led me to begin using drugs. In the beginning it was just a few pills, some marijuana and alcohol. Over time my use of these drugs began to increase more and more and I suddenly came to realise that I was now addicted. It was too late to go back and stop!

My family really wanted to help me and they sent me for treatment to hospitals and meditation centres, but nothing seemed to help me.
For a period of time I was able to leave chemical drugs, but I was still heavily addicted to alcohol. It was during that time that I was married to my wife, Kanchan. The first year of our marriage was good and we had a little baby girl whose name is Kritika.

After giving birth Kanchan needed to stay at her parent’s home for postnatal care. I was alone again for about two months, and it was during that time that I relapsed and began to use drugs again, as well as alcohol. Once again my family began to do all they could to help, but again to no avail.

I had been born in Duncan Hospital which is in Raxaul, India, just over the border from Nepal. It was also while working in Raxaul that I took my first drugs. One day my brother came with a message form the same Duncan hospital, saying that they wanted to help me. When I went to see them, they suggested that I should go to the Asha Bhawan Rehabilitation Program in Gurgaon, India. My mother kindly offered to take me there and I arrived in January 2006.

I only stayed about 6 weeks, but that was not enough to see my life change. I returned again in August 2007, but in a much worse condition. I was now much more serious about seeing my life changed. I loved my wife and my daughter and I wanted to give them a happy life.

One evening, after I had already gone through the drug withdrawal experience, I was worried thinking about my wife and daughter. Paul, who was a volunteer worker from New Zealand, happened to notice me. “You look very sad, can I help you?” he asked. I explained my situation and then he said, “We can’t do anything about this matter but God can. Will you ask God for help?” I said okay and we prayed for the situation. Paul prayed in the name of Jesus and it was the first time I felt God through a special peace in my heart which can’t be described in words.

Later I was able to phone my wife and I discovered that she had a good job, all was well and she was able to look after our daughter. God had answered my prayer.

After completing eighteen months in Asha Bhawan India, Prajwal was able to return to Nepal where he was reconciled again with his wife, Kanchan and his daughter Kritika. Prajwal was instrumental in the establishment of Asha Bhawan in Nepal; he serves as our president. He has been free of alcohol and drugs since August 2007. 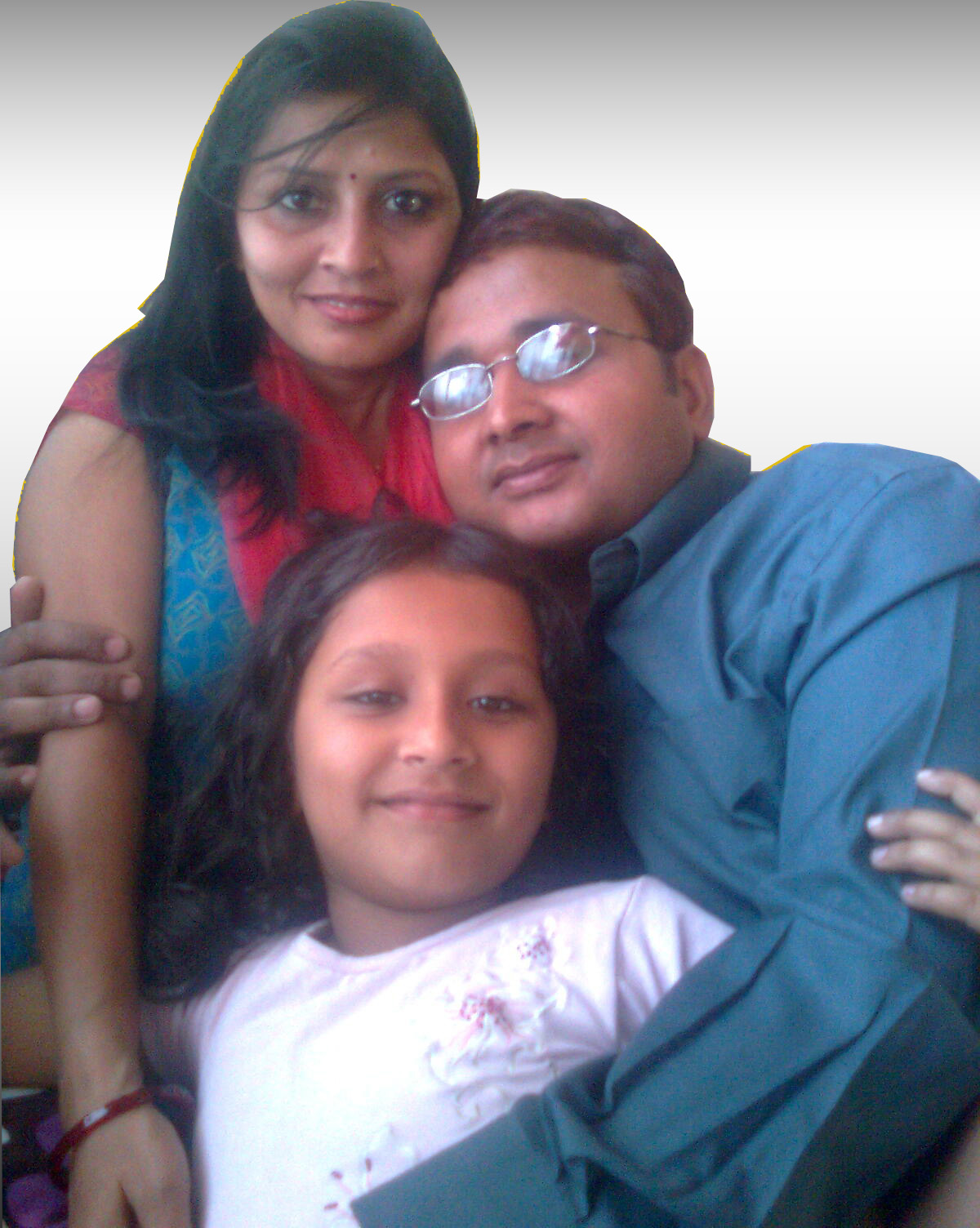